Party(ing) politicians are held in low esteem at present, but there is one cross-party measure that deserves to be recognised – automatic pension enrolment. But its success shouldn’t be an excuse for complacency. 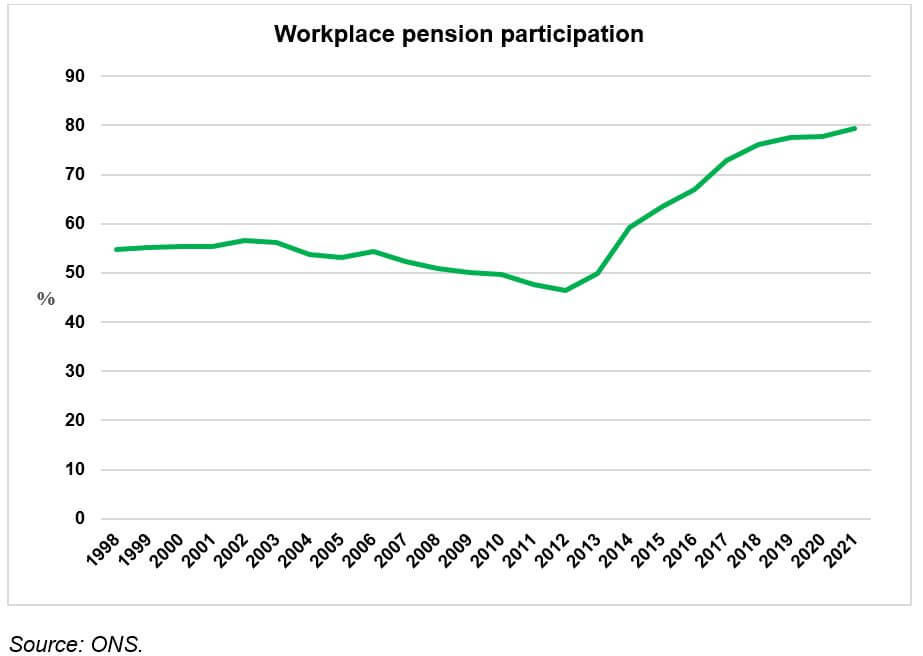 Eighteen years ago, the Pensions Commission, set up by the Blair government, published its first report into UK pension provision. In 2005 a second report appeared, addressing the three “killer facts” highlighted by its predecessor:

More than half of UK private sector workers were relying solely on their state pension to provide for their retirement;

The Pensions Commission reports were followed by two pieces of legislation in 2007 and 2008 that laid the groundwork for the introduction of employee automatic enrolment in pension schemes. An election intervened in 2010, replacing Labour with the Coalition Government, which immediately established a review of the proposals in the wake of the Global Financial Crisis. The Coalition decided to go ahead, subject to some amendments to the phasing in of the new regime from October 2012.

Broadly speaking the automatic enrolment rules now apply to any worker aged between 22 and state pension age (66) with earnings of at least £10,000 a year.

There remain two areas that need to be addressed as part of automatic enrolment:

If either of those points apply to you, manual action is required – you cannot rely on what many see as one of the key ingredients for automatic enrolment’s success: inertia.

The value of pensions and investments and the income they produce can fall as well as rise. You may get back less than you invested.

Tax treatment varies according to individual circumstances and is subject to change.

The Financial Conduct Authority does not regulate tax advice.

Content correct at the time of writing and is intended for general information only and should not be construed as advice.

/ Now see how an expert opinion can help you to achieve your personal financial goals. Arrange an appointment with a specialist Chase de Vere Dental adviser today or learn more about the financial advice we offer, tailored to dentists.

What price our tax reliefs?

When you look at your annual…

At Chase de Vere, we want…

The Chancellor’s May economy statement: all about energy

In late May, the Chancellor announced…